Yes, there are authors that have given into my whims - for one reason or another - and have added a platypire into their books.  These wondermus individuals will forever be honored by having their work featured on this page.

If you know of a book with a platypire that I do not have listed, please contact me at the link below:

Ghosts of Demon's Past - Matt Schiariti 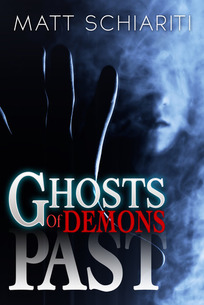 “Well, Mr. Gabriel. What do you know about…demons?”

For most people, that’s a question that never comes up. Medium Seth Gabriel isn’t most people and for him, it’s another normal day in an abnormal life.

It’s bad enough that his love life has seen better days but his personal problems are only the half of it. Seth’s ghost hunting business, SG Cleaning Services hasn’t seen a client in weeks and he’s desperate for a paycheck. Things look up when two potential clients seek him out.

Courtney Reeves hires Seth to investigate a paranormal disturbance in her home. On the surface it’s a run of the mill cleaning job but when you deal with the dead for a living, there’s no such thing as routine. The close of the case is the start of even bigger problems and Seth will find that, while there’s nothing to fear from the dead, the living are another story.

When the nervous and persistent Evan Gallagher enters his life, Seth sees the promise of a big payday. There’s only one catch. The wealthy lawyer thinks his wife is possessed by a demon. Seth doesn’t believe in demons…not anymore, but the money is too good to turn down. Is Evan crazy or is he one hundred percent sane? As Seth digs deeper, he’ll ask the same question of himself.

For a guy who’s coasted through life on not much more than Greek takeout, tequila, and attitude, Seth’s going to have to dig deep to survive what will turn out to be a very bad week.

Acknowledgements. Hey!  It's better than nothing. 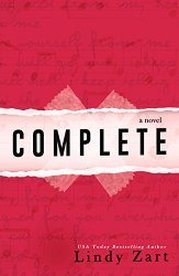 If the truth sets one free, why does Lily Jacobs feel so trapped?

She's learned doing the right thing isn't always best and now she is living the consequences of her greatest sacrifice. Every day since Grayson Lee left is one she wishes he hadn't. Years have gone by since their friendship turned to more and then was eradicated by Lily alone; enough time for their young love to fade. Only it hasn't, not for Lily.

Now he is back and seeing him is devastating to her at the same time it is rapture. She tries to accept that they cannot be together, but everything inside her shouts that they should be; that they only fit with each other. And so she has to accept the greatest truth of all: She loves him still. She loves him enough not to let him go this time.

Grayson Lee's kid brother's band: Eddie and the Platypires.  (I won an auction to name a character in Lindy's next book.  She was awesome enough to let me name a band instead.

Funeral With A View - Matt Schiariti 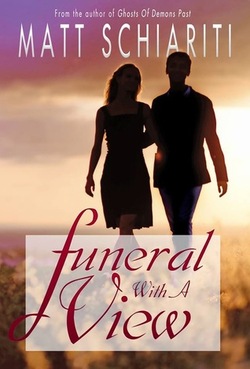 Thirty-two-year-old Richard Franchitti didn’t believe in love at first sight until he met free-spirited Catherine and started a brand new life. A devoted father and husband, Richard fought to keep his family together when it would have been easier to walk away.

Tragedy left him with unfinished business.

Now a disembodied spirit, Richard relives his most important days. From the beginnings of unconditional love, to the joy of his daughter’s birth, and all of the difficult times in between, each treasured moment brings him closer to answering the question:

He was born Richard Franchitti, but his friends call him Ricky. Welcome to his funeral.

Acknowledgements again!  One of these days he'll give in and add one to the actual story. 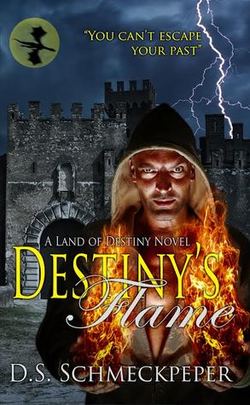 What happens after the battle is done? Do you think everyone lives happily ever after?

Lumernia has been left divided, leaderless. The ensuing power struggle cost the city more than just the knightly order, leaving the land and its people unguarded. Is the conquering army content with their prize, or do they have their sights set on more?

Celeste, Tarnelius, Arcus and Siobhan are back. After saving the land of Altierra from the threat of the ultimate evil, they expected life to return to normal and made plans to pay respects to a fallen friend. No good deed ever goes unpunished, though, and their actions have many consequences. Kuunkierto was defeated, but an ancient pact was broken and the first calls of war have sounded. Will they be able to right the wrongs of the world once more? Will they be strong enough to face what is coming?

Through the flames of war, new destinies arise.

The words "Platypire World Domination" are in the acknowledgements.  I heard a rumor of an actual platypire in book 3. 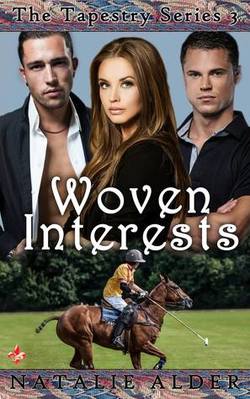 Uptight, serious, introvert…those were the words most used to describe James.

The middle brother in the Becker family, owners of a prestigious race horse farm in South Carolina, though austere was covertly a playboy.

Unable to resist a beautiful body, whether male or female, James never had a desire to commit to just one. A consummate player, he had no interest in a relationship.

Never say never. A broken ankle is the catalyst that leads James to considering a relationship. Falling for a man already in a committed relationship with a woman was intricate enough. But the likelihood of their woven interests in each other becoming a real relationship is threatened by shallow judgment, the media and a trouble making former barn hand. 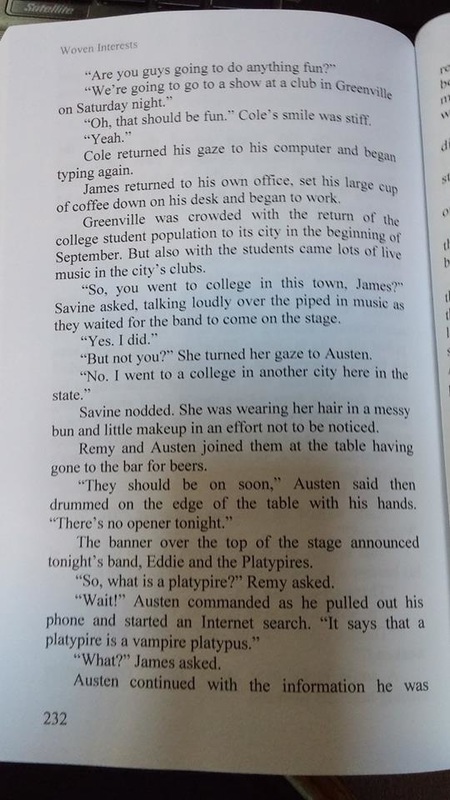 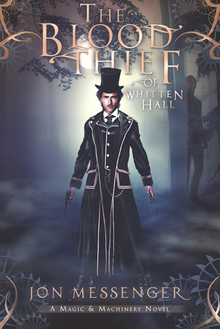 In a world of science, magic is an abomination, but not the vile creation Royal Inquisitor Simon Whitlock once believed it to be. Accompanied by his apothecary companion, Luthor Strong, and Matilda Hawke, a werewolf, they return to the capital of Callifax, eager to convalesce after their last adventure.
Their peace is short-lived, however, as they are quickly sent on another mission. It seems the iron mines of Whitten Hall have ceased their production, no longer sending its ore to the crown. The Ministry of Trade has sent inquiries, but its representatives have all fled from the train ride to the distal outpost. It seems a vampire stalks the trains in and out of Whitten Hall, a vampire that will reveal the secret of the iron mine and the darkness that resides within.
​
The Blood Thief of Whitten Hall is the second book in the Magic & Machinery Series by Jon Messenger.

​In fact, my last assignment was investigating a demon bird harassing a lodging expedition. It turned out to be merely a large bat to which someone had affixed a duck's bill. Can you imagine a more preposterous creature?

Memories of a Ghost - Joe DeRouen 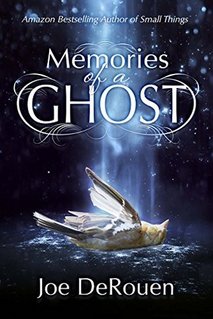 When the door between life and death opens a crack and the dead start to rise, only one person has the power to close it and makes things right again. Unfortunately, Claire Summers has amnesia. Everything is a blank, and even her best friend (who she's suddenly attracted to) can't seem to help. With dark forces at work against her, will she survive long enough to figure out who and what she is?

Equal parts romance and supernatural thriller, Memories of a Ghost tells the story of a young woman's quest to remember her life and seek out the person that tried to murder her. And just when she thinks she's put all the pieces together, along comes an entirely different puzzle that will make her doubt herself and her sanity. Who is Claire Summers?

There was one leaning against the futon, not yet hung on the wall.  Maybe it was new.  It was titled The Lonely Platypire, and showed a purple platypus wearing a red and black Dracula cape and sporting little fangs standing in a playground.  The little creature looked forlorn as he watched a pig, a duck, and a lizard playing without him.  Claire guess a Platypire must be some sort of vampire platypus.